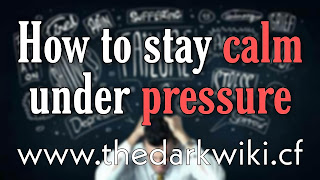 Your favourite cricketer closes in for a victorious win. The crowd holds its breath, and, at the crucial moment, he misses the shot. That competitor just experienced the phenomenon known as "choking," where despite months, even years, of practice, a person fails right when it matters most.

Choking is common in sports, where performance often occurs under intense pressure and depends on key moments. And yet, performance anxiety also haunts public speakers, contestants in spelling bees, and even world-famous musicians.

Most people intuitively blame it on their nerves, but why does being nervous undermine expert performance? There are two sets of theories, which both say that primarily, choking under pressure boils down to focus.

When relevant and irrelevant thoughts compete for the same attention, something has to give. The brain can only process so much information at once. Tasks that challenge working memory, the mental “scratchpad” we use to temporarily store phone numbers and grocery lists, are especially vulnerable to pressure.

In a 2004 study, a group of university students were asked to perform math problems, some easy, others more complex and memory-intensive. Half the students completed both problem types with nothing at stake, while the others completed them when calm and under pressure. While everyone did well on the easy problems, those who were stressed performed worse on the more difficult, memory-intensive tasks.

Here, the logic goes that once a skill becomes automatic, thinking about its precise mechanics interferes with your ability to do it. Tasks we do unconsciously seem to be most vulnerable to this kind of choking.

A study on competitive golfers compared their performance when instructed to simply focus on putting as accurately as possible, versus when they were primed to be acutely aware of the mechanics of their putting stroke. Golfers usually perform this action subconsciously, so those who suddenly tuned in to the precise details of their moves also became worse at making accurate shots.

Choking may not be inevitable for everyone though. Research suggests that some are more susceptible than others, especially those who are self-conscious, anxious, and afraid of being judged negatively by others.

So, how can we avoid choking when it really counts?

So, perhaps we can modify that age-old saying: practice, under pressure, with focus, and with that glorious end goal in sight, makes perfect.